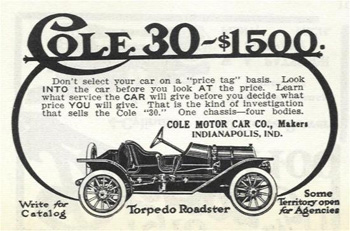 The Rapid City Garage opened in 1911 under the ownership of C.I. Canfield and A.A. Holcomb in order to service and sell the Cole Roadster. The building was marketed as the first fire-proof garage in the city, and was used for storage and servicing until 1928 when the Cole was ultimately discontinued.

The Cole (pictured) was equipped with a 4″ x 4″ four cylinder engine that was rated at 30 horsepower. 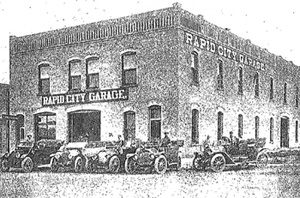 Coincidentally, Rapid City owes much of its prosperity to the increased access and affordability of the automobile that led to the tourism boom in the 1920s. Much has changed in Rapid since then, including the building tenants which ranged from The Railway Express Agency, U.S. Reserves, a furniture store, and even a Montgomery Ward Catalog and Auto Repair Store. 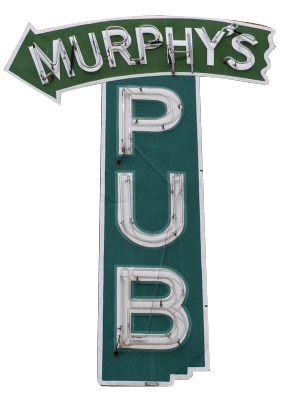 Originally located at 515 Mt Rushmore Road, the pub became a landmark watering hole for Rapid City residents since the repeal of prohibition in 1933. It was much smaller than the current location and had only 14 stools, six booths and the bar. It was named after Ed Murphy, the bar’s owner and it was “the place where every doctor, lawyer, teacher and ball player frequented,” according to Jack Welch, one of the original bartenders who served up 30¢ beers for 33 years at Murphy’s.

According to a Rapid City Journal article from 1984, the bar’s former owner, Littleman Carlson, stated “everyone knew everyone, and they greeted everyone. It was a neighborhood bar for the whole town, and for sporting fans.” It had two claims to fame: it was the only bar in Rapid to open at 7:00 a.m., which kept the place packed with night-shifters looking to blow off a little steam after work, and second, there was a window in the bar that opened to Rueben’s Barber Shop, allowing the barber to shout “next” when he was ready for another customer.

A fire in 1984 gave Littleman Carlson, the opportunity to expand into its current location at 510 9th Street, as well as establish a 5 star restaurant that featured “the best prime rib in the city,” as many former patrons boasted. Over the three following decades, Murphy’s has seen many makeovers, including the addition of a 4,000 square foot patio in 2005, but none as significant as the restoration undertaken in 2011. With the recent efforts, the revitalized Murphy’s will provide a great destination for generations of Rapid citizens to enjoy..